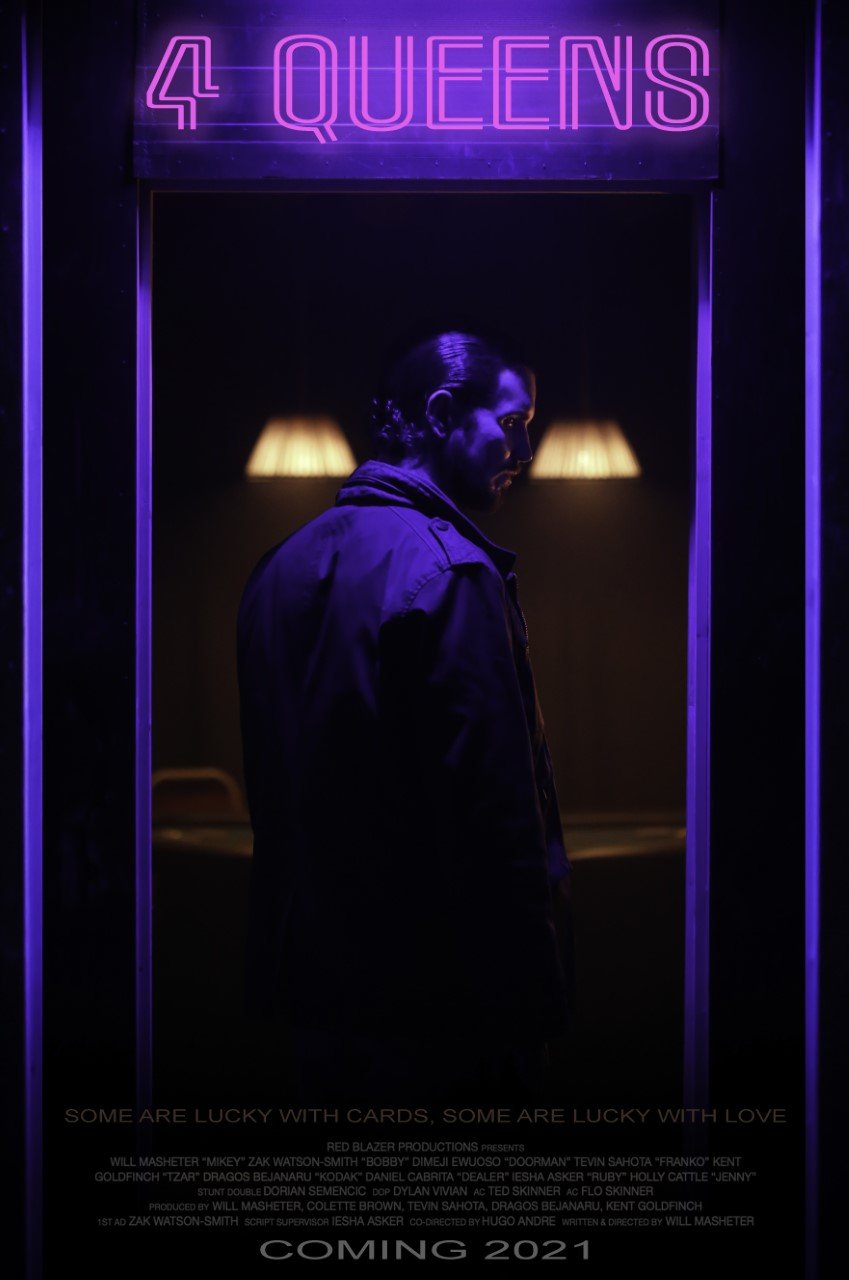 When dealing in the 'business' of human trafficking, what do the heartless misogynist's behind this evil practice get up too? We follow Mikey, as he meets the kingpin of an underground criminal enterprise, Tzar, for a game of poker with him and his goons. It's all fun and games until the girls get brought in, then things get really fiery.

Written and directed by Will Masheter in the fall of 2019, this screenplay was developed to assemble an ensemble of characters written for actors and personalities Will had met at the early stages of working in the film industry. Inspired by a stylistic Tarantino energy, and a gritty Guy Ritchie environment, the film delves deep into the practices of human trafficking from the perspective of the traffickers.

Principal photography began in early 2020, where the crew ambitiously shot for three consecutive days managing to complete 50% of the film. The covid pandemic came about which left a lot of time before the cast and crew were able to assemble again. This gave time for the team to review the footage and figure out what was left to shoot, what could be re-shot and where there might be rooms for improvements. Summer of 2020 and 9 more shoot days in between, the film was complete and edited by winter.

The film was released to film festivals in January 2021, has since been the recipient of multiple awards and nominated for many more. 4 Queens will be released for public viewing in early 2022.&nbsp;</span>

Written & Directed by:  Will Masheter

Brought to you by:  RED BLAZER PRODUCTIONS